Mia Jaye, the partner of slain rapper Young Dolph and the mother of his two children, sat down with ABC News' Linsey Davis to discuss how she is dealing with his death.... 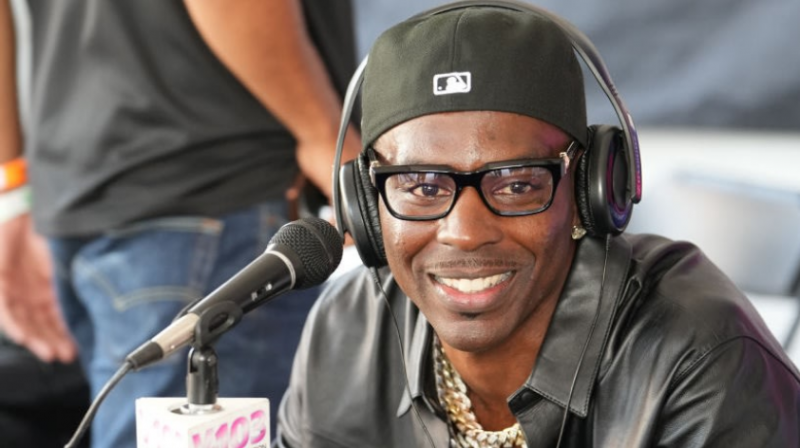 Mia Jaye, the partner of slain rapper Young Dolph and the mother of his two children, sat down with ABC News' Linsey Davis to discuss how she is dealing with his death. On Nov. 17, the Memphis rapper was gunned down while he was at a Black-owned shop, Makeda's Cookies, WREG reports.

Since his death, Jaye continues to uphold his legacy. During his memorial at FedExForum in Memphis, she and their children eulogized Dolph, celebrating him as a father and partner.

Prior to her interview with ABC News, Jaye had not publicly spoken about Dolph's passing.

"It's been extremely difficult, just having to pick up the pieces and to find the strength for my children, most importantly," Jaye told ABC News. "That is the one thing to Adolph and myself that we felt we had a duty to protect them, raise them, and do so much for them together. Now that he's no longer here, it's tough for me to be strong for them and also be strong for myself. Adolph was my soul mate, and when I say they stole my future, it has taken a long time to iron out the kinks."

Jaye disclosed that at the time of Dolph's death, the couple was in the middle of planning a surprise wedding for family and friends.

"Being with a celebrity — someone who is very busy that's on the road a lot — family can take a back seat. He finally made the sacrifices and was present. We were doing things like planning our wedding [and] having a surprise wedding to celebrate with our family and friends. After being with him [for] almost a decade, we were getting to that point where we could celebrate our love story with the people that we love most, our children. That's been taken from me, and to find strength in it all has been very difficult for me," Jaye added.

Two months before Dolph's killing, Jaye established an organization, Black Men Deserve to Grow Old, in honor of her brother. The organization's mission is to "support families who have lost their husbands and fathers due to violent crime," ABC News reports. Little did Jaye know that her organization would serve as a support system during her time of grief.

"I had no idea that me putting this campaign together to help my brother's family and the other families that have been affected by such violent crime, I didn't know that I was also preparing for my own journey," Jaye said.

She went on to say that for violence in the Black community to cease, the community needs to address collective mental health and utilize resources to mend trauma.

On Tuesday, the U.S. Marshals took the suspected gunman into custody, and a second suspect was also indicted for the rapper's death, Fox 13 Memphis reports.

This article has been aggregated from blavity.com and they maybe/are the copyright owners of the same. If you are the Author/Copyright owner of this article and want us to remove the same then send an email to admin@vendors.wedding so that we can delete it immediately. We sincerely regret and apologies for any inconvenience caused to you due to the same. Though it is your decision but please take note that the link to your website and the article have been given above, within and on the bottom of the article.