Kiara Advani is known not just for her films but also for her social media activity. The actress is quite active on various platforms and leaves fans mesmerised with her beauty. Every now and then, we see Kiara sharing pictures and videos of herself leaving each and everyone flattered. Well, wedding bell rang in Advani's house as her sister Ishita Advani tied the knot with Karma Vivan on Saturday. Taking to her Instagram Story, the 'Shershaan' actor posted pictures in which she looks like the perfect bridesmaid, dressed in an orange-and-gold lehenga.

In another picture beaming with sisterly love, Kiara can be seen putting a dot of kohl behind the new bride's ear, to protect her from any evil or negative energy. The bride dressed in a traditional red Sabyasachi lehenga for her special day, paired with green-and-gold bridal jewellery. 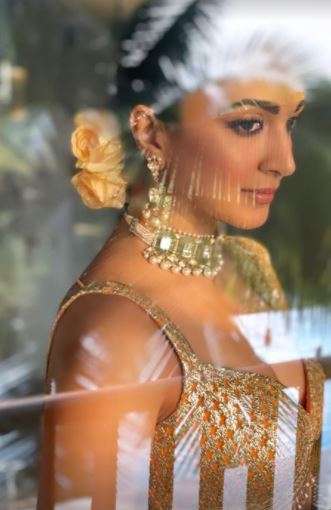 Just a day back, she treated everyone with a reel of herself from during a pre-wedding function dressed up in a hot pink cutout dress with a thigh-high slit. Captioning the video, she wrote, "When you’re ready in time to get a reel in 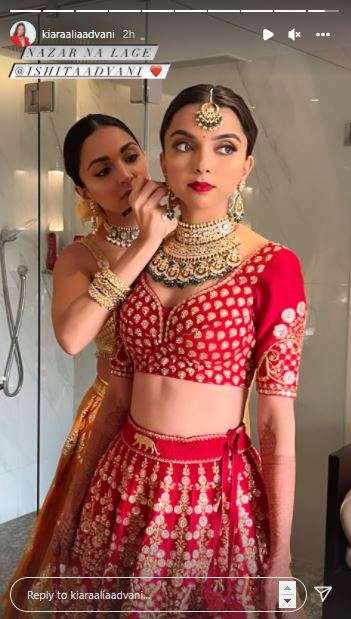 See some of her viral videos grooving to popular Punjabi tracks.

On the work front, Kiara's last project was 'Shershaah' with boyfriend Sidharth Malhotra. Based on the life of Captain Vikram Batra, the film released on Amazon Prime Video.

Next up, she has Jug Jugg Jeeyo with Varun Dhawan and Anil Kapoor, Bhool Bhulaiyaa 2 with Kartik Aaryan, RC15 with Ram Charan, Karram Kurram, which is inspired by the life of Lijjat Papad founder and Govinda Mera Naam with Vicky Kaushal and Bhumi Pednekar.

This article has been aggregated from www.indiatvnews.com and they maybe/are the copyright owners of the same. If you are the Author/Copyright owner of this article and want us to remove the same then send an email to admin@vendors.wedding so that we can delete it immediately. We sincerely regret and apologies for any inconvenience caused to you due to the same. Though it is your decision but please take note that the link to your website and the article have been given above, within and on the bottom of the article.