Anorexia: Planning for a wedding with an eating disorder

Planning a wedding can be a stressful enough experience without the added pressure of fitting into a dress.

However, for bride-to-be Leah Brown, losing weight for her wedding day is the opposite of her goal.

The 23-year-old from Ballymena is determined not to let her eating disorder affect her wedding.

Leah said she developed "a bad relationship with food" following a health and fitness diet she went on after gaining weight at university.

She started manipulating her food intake and exercising excessively until her weight became dangerously low.

Soon after, she was diagnosed with anorexia and admitted to hospital for five weeks in April 2019. 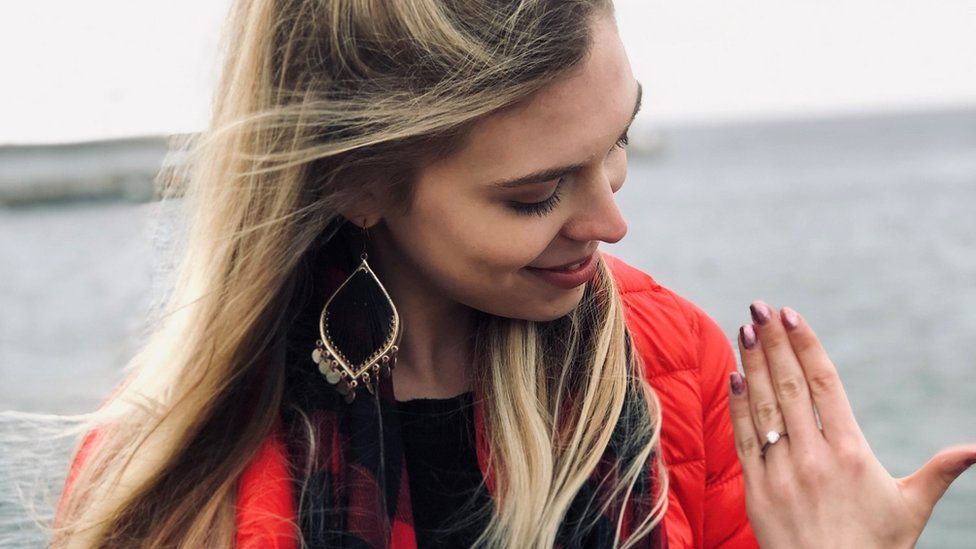 Now, one month before her wedding day, she is committed to her recovery despite those "societal pressures" to lose weight.

After searching for a wedding checklist online, Leah was shocked to see search results suggesting "a weight-loss workout routine".

"It made me really angry. It's continually reinforcing the idea that women have to look a certain way and there's so many standards we're being made to feel as women," she said.

"Why do we have to fit into the dress? Why doesn't the dress fit us?"

Picking out the perfect wedding dress is what many brides dream of but, for Leah, it highlighted how her eating disorder was affecting those closest to her.

"It was a really hard experience. My dress didn't look like how I wanted to look at my wedding and I looked quite skeletal and a shadow of myself.

"I felt that it hurt my mum and bridesmaids to see me at that size.

"The sales assistant was so supportive and said she can bring it in to any size and take it out if I put on weight so that gave me reassurance." 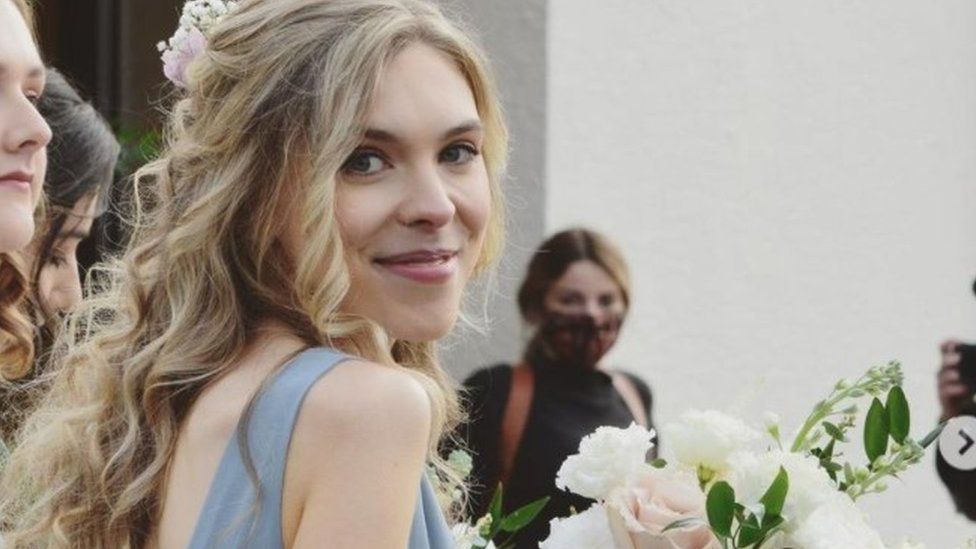 Faced with new pressures around her appearance, Leah began to relapse and developed behaviours that she had fought so hard to overcome.

When it came to sampling her wedding menu, she said she felt "determined to eat because I thought 'I'm not going to wreck this opportunity'".

"I don't want to look back and think I spent my wedding day worried about eating cake and the sweets lying around," she said.
'My teeth were crumbling'

"I want to go into my marriage with a healthier body because we do want to have a family.

"This is your wedding day and you will never get this again so do not let this horrible, manipulative illness steal this from you." 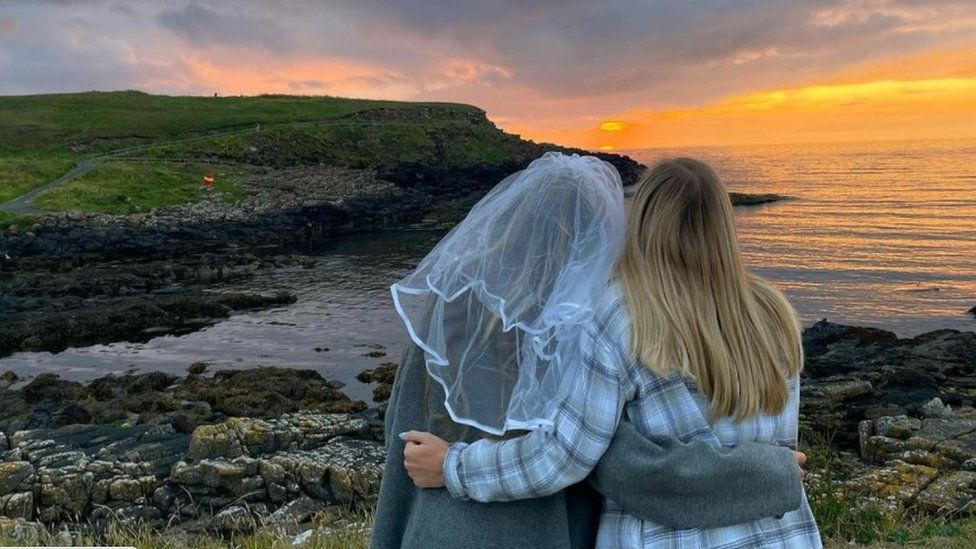 Anorexia has had a negative effect on both Leah's mental and physical health.

On a recent trip to the dentist, she was told she needed to have eight fillings because she was "so malnourished that my teeth had started to chip".

"My teeth were literally crumbling in my mouth," she said.

"That was what gave me the determination to get out of this. I thought 'I'm not invincible, I could be the one who dies from this'.

"The dentist couldn't understand as my dental hygiene was fine but she said it was down to not having had enough nutrients and my teeth were showing for it."

She said that one of the biggest misconceptions about eating disorders is that "you have to be a certain weight to be anorexic".

"They don't see the little behaviours and struggles."

Nicola Armstrong, national officer for UK eating disorder organisation Beat in Northern Ireland, said events such as weddings can put "a certain amount of societal pressure on people to lose weight" and can be "very damaging to those vulnerable with eating disorder issues".

She said the increased stress or pressure can trigger eating disorder behaviours such as "seeking to control food or exercise as a coping mechanism".

"Eating disorders are serious mental illnesses and they're highly complex - they affect people of all genders, backgrounds and ages and there's no single cause for them," she said.

"As soon as you have a concern for you or a loved one speak to your GP and get yourself help as soon as possible."

She said Beat has had an increase of 120% in calls in people from Northern Ireland since the start of the pandemic.

If you've been affected by eating disorders, help and support is available via the BBC Action Line.

This article has been aggregated from www.bbc.com and they maybe/are the copyright owners of the same. If you are the Author/Copyright owner of this article and want us to remove the same then send an email to admin@vendors.wedding so that we can delete it immediately. We sincerely regret and apologies for any inconvenience caused to you due to the same. Though it is your decision but please take note that the link to your website and the article have been given above, within and on the bottom of the article.