Anthony and Kate on season two of "Bridgerton."Netflix

Anthony and Kate's nuptials are left out of "Bridgerton" season two.

The finale director told Insider that the writers decided against having two weddings in one season.

"Two weddings in a show that were that spectacular, one could not do after the other," she said.

After bringing Anthony Bridgerton and Kate Sharma's romance to a crescendo on "Bridgerton" season two, the Shondaland series skips past their nuptials. Instead, the Regency romance jumps ahead to their return from a six-month-long honeymoon.

According to Cheryl Dunye, the director of episodes seven and eight, the "Bridgerton" writers decided there was only room for one wedding this season, and it was the ill-fated ceremony between Anthony and Kate's younger sister Edwina Sharma (Charithra Chandran) in episode six.

"There was a big wedding before," Dunye explained to Insider ahead of the season's March 25 premiere on Netflix.

"Two weddings in a show that were that spectacular, one could not do after the other," the director explained.

Though Dunye clarified that she wasn't part of the decision-making process on whether or not to show Kate and Anthony's wedding, she said the writers' rationale made sense to her.

"I was just like, 'Yeah, you're going to make the other wedding look paltry if this wedding was bigger.'" 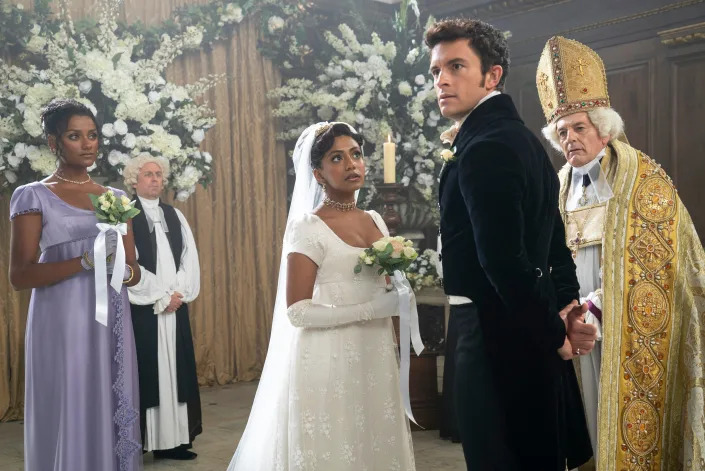 On the heels of season one's astronomical success (it reigns as one of the streamer's most-watched shows in history, second only to "Squid Game"), season two ushers in a new love story.

Loosely following Julia Quinn's book series, the show moves on from Daphne Bridgerton (Phoebe Dynevor) and Simon Basset (Regé-Jean Page) to Anthony (Jonathan Bailey) and Kate (Simone Ashley). The former couple is the focus of Quinn's first book, "The Duke and I," while the latter pair are the protagonists of book two, "The Viscount Who Loved Me."

Among the biggest differences between the couples is that Daphne and Simon must overcome marital strife after being rushed into their union, while Anthony and Kate hammer out most of their issues before voluntarily heading to the altar.

So rather than placing emphasis on the latter couple's wedding day, Dunye said the story focuses on showing Anthony and Kate's dynamic shift after they become husband and wife.

"Their lovemaking was different in that they were completely equal partners. That was something that we saw that was different but passionately engaged," she told Insider.

Bailey and Ashley on the season finale of "Bridgerton" season two.Netflix 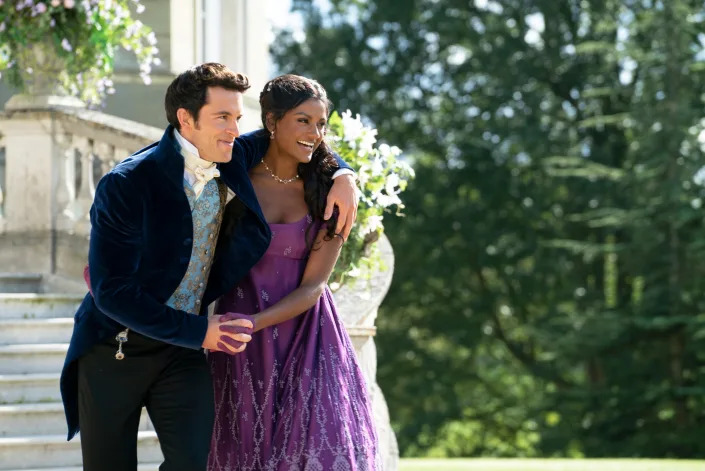 While directing Anthony and Kate's post-coital scene in the finale, Dunye worked closely with the cast members and intimacy coordinator Lizzy Talbot to find "positions where we feel both people being satisfied as partners."

By the time the end credits rolled, she wanted the audience to leave the season thinking: "Wow, they're in a happy marriage."

Read the original article on Insider

This article has been aggregated from news.yahoo.com and they maybe/are the copyright owners of the same. If you are the Author/Copyright owner of this article and want us to remove the same then send an email to admin@vendors.wedding so that we can delete it immediately. We sincerely regret and apologies for any inconvenience caused to you due to the same. Though it is your decision but please take note that the link to your website and the article have been given above, within and on the bottom of the article.